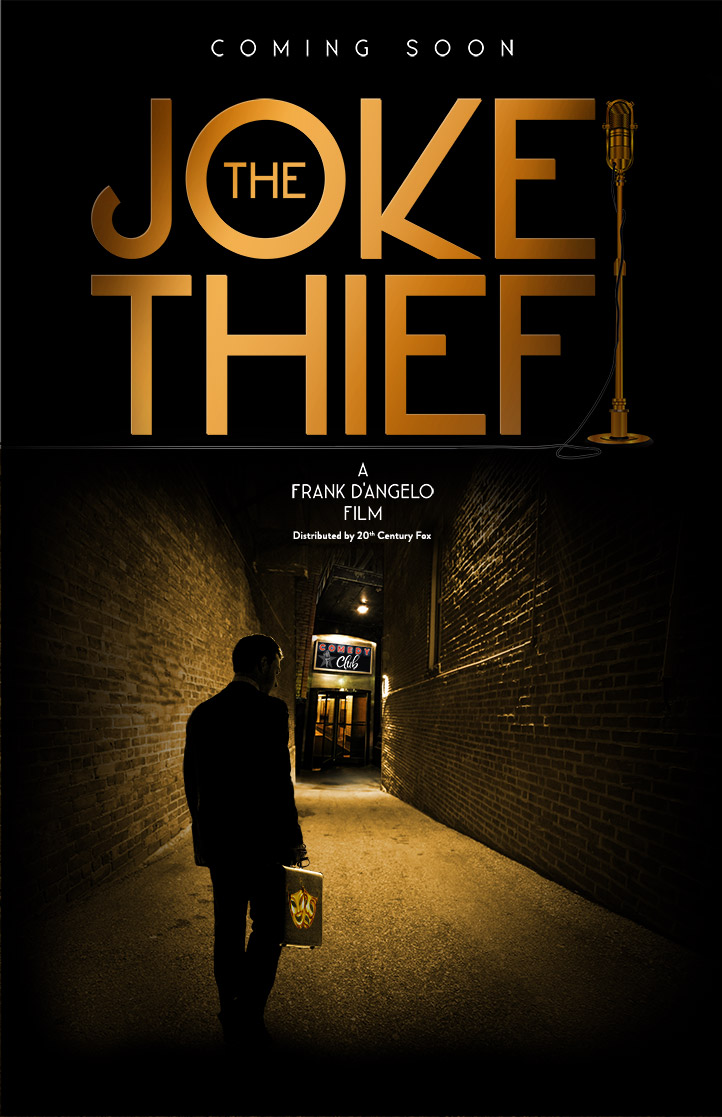 TORONTO, February 26, 2018 2018 – “The Joke Thief” is the title of Frank D’Angelo’s latest movie project and his 7th film in the last five years, making him one of the busiest filmmakers in Canada in a very short time span.

The Joke Thief takes us on a journey of one man’s last hurrah. Simon McCabe is a stand-up comedian who has been making people laugh for 35 years. All his life he has been the life of the party, but now he is tired, miserable and almost washed up since he’s never got a lucky break due to a reputation of joke stealing. One fateful night, his long-time friend and fellow comedian convinces a comedy club owner to give Simon some stage time and one last shot at redemption. On the ride down to his gig, Simon takes us on a whirlwind journey of his life, as he replays back special moments in an emotional series of flashbacks that made him the sad, funny man that he is today.

Written, directed and starring Frank D’Angelo, alongside a long list of renowned actors and stand-up comedians, the film was shot in downtown Toronto in an innovative and progressive film style that Frank invented and is quickly being adapted by others. He also wrote, scored and performed on the soundtrack for the film.

The Joke Thief will be distributed by Twentieth Century Fox/Incendo Television, through a worldwide distribution deal that includes all of Frank D’Angelo’s other films: Real Gangsters, Big Fat Stone, No Deposit, Sicilian Vampire, The Red Maple Leaf and The Neighborhood which are available on Video on Demand, iTunes, Google Play, and Amazon Instant Video.

The anticipation of this new film has many people excited, since it is already scheduled for a film festival tour including New York, Boston, Los Angeles and Toronto in spring 2018 and then an early summer North American theatrical release.

Frank D’Angelo is a screenwriter, director, actor, musician, and a Canadian talk show host. As a performer, he knew there was a big void in Canada for Canadians to promote their talents and so he created The Being Frank Show, the longest running nationally broadcast late-night talk/variety show. It has boasted guests and show business luminaries such as Al Pacino, Paul Newman, Tony Bennett, James Caan, Paul Sorvino, Robert Loggia, Graham Greene, Bill Fichtner, Kim Coates, Estella Warren, Bai Ling, Reggae Rapper Snow, Pavlo, Dan Hill, Ian Thomas, Murray McLauchlan, Missi Pyle, Kevin Hearn of The Barenaked Ladies and many, many more. The Being Frank Show has just completed taping its 8th season.